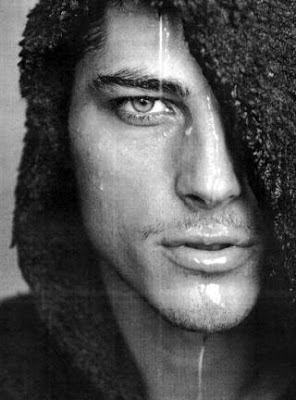 Lia pulled the heavy curtain aside and traced patterns in the drops of moisture that collected on the windowpanes. A severe storm raged outside but it was nothing compared to the turmoil she felt deep inside.

Three weeks had passed since the last time she shared her bed with Stefan but the memory of his touch, of his full lips trailing hot kisses on her body were still fresh. She ached to feel his strong arms holding her, to wrap her legs around his slim hips and take him deep inside. Lia shuddered in anticipation.

Where was he? Had the storm prevented him from arriving? Had he found another to warm his bed? He'd promise to return to her, to never leave once he returned. Lia closed her eyes and inhaled. Thunder rattled the windows and even through the thin veil of her eyelids, she knew lightning illuminated the room.

When heavy knocks pounded at the door, Lia's eyes flew open. She quickly ran to the door, threw it open in haste and all thoughts of him abandoning her were gone.

Her voice shook with desire and longing at the sight of him. Even though his face was partially covered by the heavy rain soaked hood, she could make out the strong line of his jaw, the days-old stubble, and the intense desire in his liquid silver eyes.

Lia grabbed the cloak in her fists and pulled him to her. In seconds she'd removed the drenched garment and pressed her body close to his. They needed no words between them; their hungry kisses were enough for now.