I posted this flash last week at the Breathless Press blog. There is something very appealing about a man in nearly nothing. I want to flick that button out of the buttonhole and...but I digress. Here is my flash. 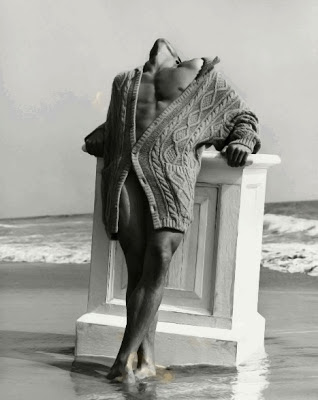 Everything happened so quickly. One moment Henri was leaning against the heavy wooden balustrade of the southern plantation and the next he was…where in heaven’s name was he anyway? Think, man! A glimmer of memory wove through his mind. A beautiful goddess of a woman lay asleep in his bed. Even as the image of her faded in and out, the memory of their night of passion lingered as clear as day. Never before had he desired a woman the way he wanted her. Even now, her scent teased his senses as the ocean breeze caressed his heated flesh.

Why had he left the bed? He’d risen, carelessly wrapped his sweater around him, and exited through the French doors for a glimpse at the dawn. A rumble startled him and as everything fell around him, he stood brave. If this was to be his last day on earth, what better way to end it. For a moment regret had passed over him. Would she lose her life as well?

Now he stood on a deserted beach with all that was left of the home he’d occupied for most of his life. Henri leaned against the heavy structure, tilted back his head, and let out a deep guttural cry. In answer, a melodic voice beckoned him. “Henri, you have been found worthy. Wait for me, my love. I’ll be with you soon.” His cock hardened as her sweet voice and gentle laugh washed over him. Yes, he would wait even if it meant he would wait for eternity.