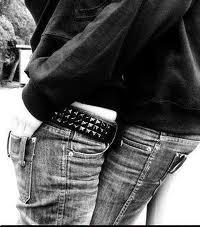 The early morning chill hung in the air and misted with every breath Lisa and Marc took. They walked hand in hand silent but for the occasional squawk of a lone sea gull and the soft swish of surf against the shore. In another couple of hours, the boardwalk would be teeming with tourists, locals, and quite possibly, the hit man who was looking for Marc. He knew it was a risk exposed as he was without the cover of a crowd but he had to risk it—just this once.

Lisa already knew his answer but Marc supposed she needed to ask anyway. He’d missed her while on the run. The last thing he wanted was to draw her into the line of fire. Lisa hadn’t been there the day he witnessed a murder in the alley behind the restaurant they both worked at. If he could keep her safe, stay off the grid until his testimony put the killer behind bars, they could leave town together. He’d miss the beach though.

Marc paused near the railing, cupped her cheek, and kissed her softly. Wrapping his arms around her, he pulled Lisa against his body. It was in that moment he felt the barrel of a revolver pressing against his stomach. Frozen, he looked into the eyes of the girl he loved.

“You know I hate it when you run.”