Teaser Tuesday Between the Lines 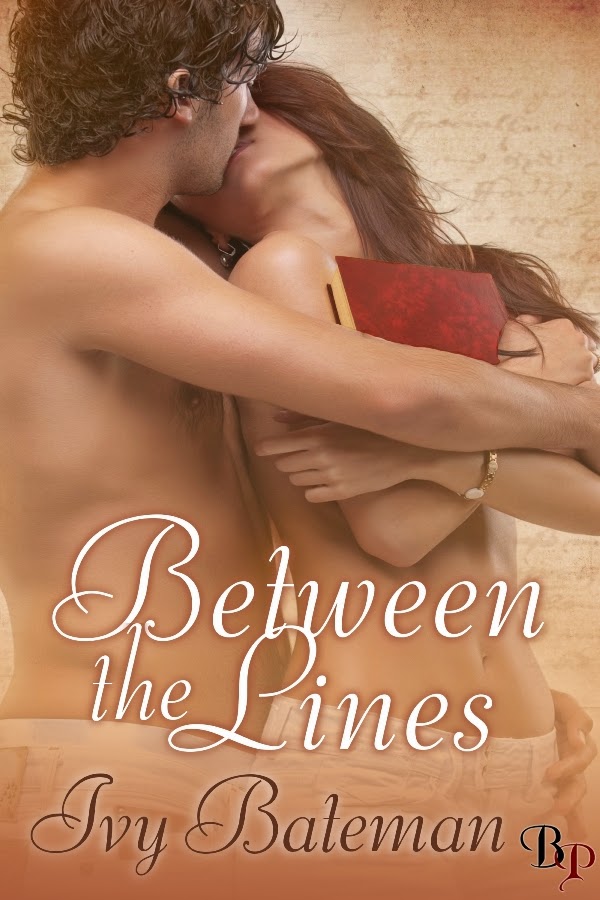 She felt herself grow hot—she knew she was blushing, and she should at least acknowledge his presence, but she couldn't. Devin...she'd completely forgotten the unbelievably sexy Irish writer was one of the seven authors launching a book tonight!
For some time now, she had been hoping to meet him and, had she remembered Devin was part of the book launch, she would have steeled herself for this moment. Ever since Isaac introduced her to Devin's work, she had developed a crazy, high-school crush on him. She loved his rough-around-the-edges good looks and often gazed hungrily at his author photo on the back cover of his books—cigarette in hand, sometimes smiling, sometimes not. Lara usually found smoking to be a turn off, but this didn't seem to be the case when it came to Devin. He had beautiful hands and sexy eyes. When he held a cigarette, it looked as though he was making love to it. Lara found him irresistible.
She snuck a glance at him in the reflective elevator wall. He was lovelier than his publicity photos had ever captured. He was looking at the floor and grinning slightly, a dimple adorably apparent on his right cheek. He ran his hand through his mop of dark brown hair. It gleamed in the light, begging to be touched. Lara immediately pictured his head working its way down her body, her hands tugging at his locks, maybe pushing it to go even lower...
Lara quickly stopped her imagination from running wild and was about to look away when he looked up and met her eyes in the glass. He smiled at her; a shy, slightly knowing smile...one that told her he knew what she was thinking. That was ridiculous. How could he know?
She returned his smile, or hoped she did. She may have just let her jaw drop. She started to attempt a sentence when the door chimed and opened into the lobby. For a moment, neither of them moved; they stood in the elevator looking at each other in their reflections on the wall.
"After you, Ms. Munroe," he quietly lilted.

Sign Up for my Newsletter to receive news, teasers, contests, and more
Gayl Taylor ~ Author Newsletter
Posted by Unknown at 11:09 AM