The Next Big Thing - The Sweet Spot

I was recently invited to participate in The Next Big Thing, you may have seen it hopping about on the net or twitter. It's a blog hop of sorts and here's how it works...October 31st, I was tagged in Lee Brazil's post with 3 other writers, on November 7th I post mine which consists of 10 questions about my current WIP and pass it on to four other authors. They will post a week later and pass this invitation on to four more writers to keep The Next Big Thing going.

I could only come up with three people to tag. Suzanna Medeiros, Karyn Gerrard, and Ivy Bateman

What is the working title of your book?

My working title is The Sweet Spot

Where did the idea come from for the book?

The idea came about from a crush I have on a certain baseball player as well as my love for baseball in general. At one time I thought about developing a series but at this point I just want to finish this one.

What genre does your book fall under?

This is a m/f contemporary romance.

Which actors would you choose to play your characters in a movie? 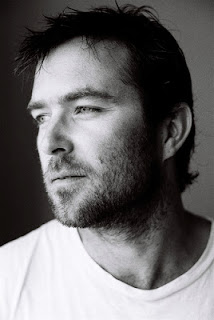 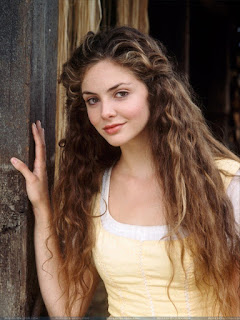 That is a tough one since my hero was based on an athlete. I think Sullivan Stapleton (Strike Back) would work as Tate. For Willa, my heroine, I would choose Tamsin Egerton (Camelot). Although neither is American  they're actors; they can easily pull off American.

What is a one sentence synopsis of your book?

Sometimes your heart's desire is right in front of you. That's lame but the best I could come up with.

Will your book be self published or represented by an agency?

My hope is to have it published at an ePub. I'm not represented and I doubt I will pursue self publishing any time soon.

How long did it take you to write the first draft of your manuscript?

I actually started this a year ago and then set it aside to write and submit a manuscript that became my debut as a published writer. I guess you could say I am still on that first draft.

What other books would you compare this story to within your genre.

I don't think I've read another story like this. It would be difficult to compare.

Who or What inspired you to write this book?

The idea came to me one day and I ran with it. I was probably watching baseball and daydreaming.

What else about your book might interest the reader?

From a player's viewpoint, the sweet spot on a bat is the place on the bat barrel where the contact between bat and ball results in the best hit - the ball leaves the bat with the greatest speed and the player's hands feel very little vibration from the impact.

“Do you believe that two people can fall in love at first sight, that they might be destined for each other?”

Tate drew his hand upward along her arm and across her shoulder until it rested around her slender neck. He could feel her rapid pulse against his palm and it pleased him to know he affected her as much as she did him. As he pulled her close, Tate wondered if she could feel the hammering of his heart pounding against his chest. Did he believe in destiny, in love at first sight?

“With you, Willa, I believe that anything is possible.”